We are proud to announce that the International Guitar Festival Nuertingen became partner in the Euro Strings Project – an international collaboration in the field of the classical guitar founded by Zagreb Guitar Festival. Its aim is to promote and support young emerging guitarists.

Euro Strings is supported by the programme “Creative Europe” of the European Commission in the time period from 2017-2021. 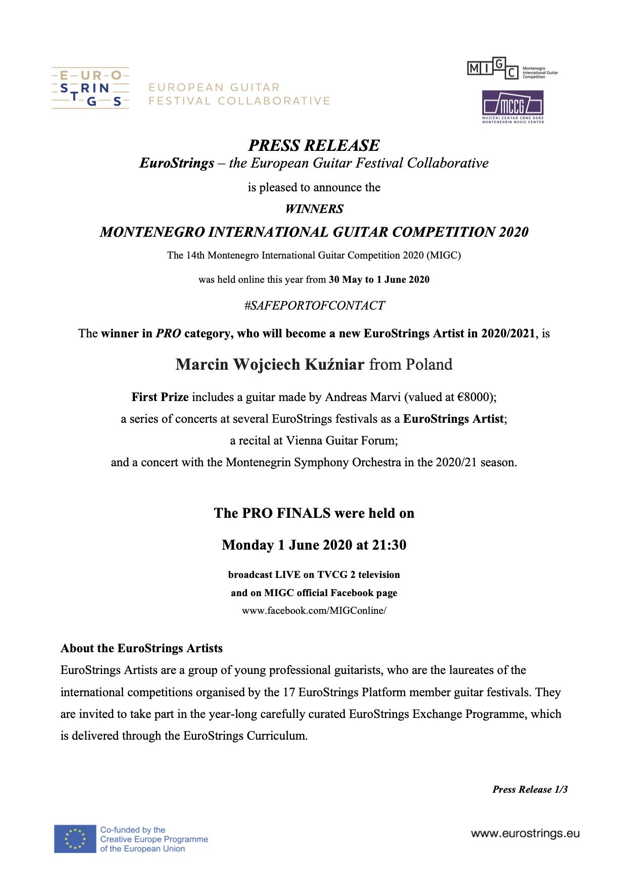