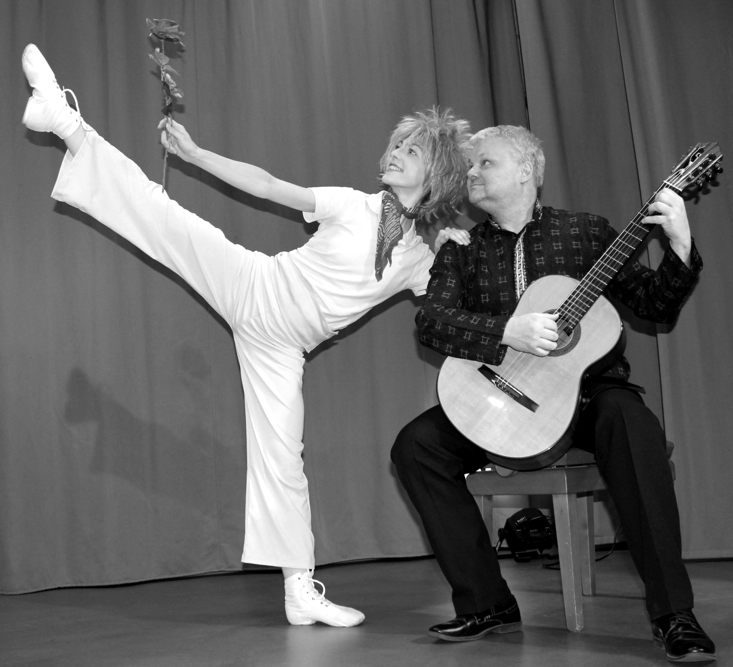 Sophie Julie is a trained dancer for classical ballet and contemporary dance. She began her training at the age of 6, first in creative children’s dance, from the age of 8 at the Feibiche ballet school, where she learned classical dance and later also jazz and modern jazz. In 2004 and 2006 she was selected for the exchange program with the American Blue Lake Fine Arts Camp, for which she danced in both a classical and a modern program as part of a tour of Michigan. From 2009 she started contemporary dance training at the Balance 1 school in Berlin, which she successfully completed in 2013
Since then she has been working as a freelance dancer and danced in various freelance projects. For example, from 2012-2013 she belonged to the company for contemporary dance Luleo in Berlin, where she was seen in two productions. In 2014 she worked in the production of Frida Kahlo at the Rostock Volkstheater. In 2015 she was engaged as a dancer at the opera La Traviata as part of the Schwerin Castle Festival.

Roger Tristao Adao studied classical guitar in Berlin and Düsseldorf and has lived as a freelance guitarist since graduating.
Since 2003 concerts have taken him abroad, especially in countries in South America and India. In his place of residence, the artists’ village Friedrichsrode (in north-west Thuringia), Roger Tristao Adao has been organizing an now internationally renowned guitar festival every year. He runs his own record label TIRANDO.
Both met in March 2016 and have been performing together since May 2016.
Based on flamenco, in which guitar music and dance are inextricably linked, Sophie Julie develops her own choreographies for classical guitar music. In the meantime they have also staged two dance theater pieces.