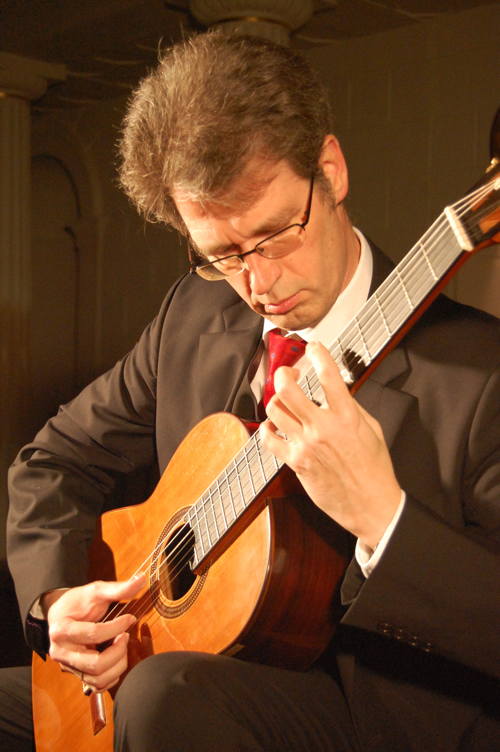 The guitarist Thomas Müller-Pering has received numerous awards and distinctions, e.g. at the ARD Competition in Munich in 1982. In Viña del Mar in 1983 in Chile he won the 1st prize. In the same year he received the Sponsorship Award of the State of North Rhine-Westphalia, Germany. From 1980 he was a lecturer at the Musikhochschule Aachen for many years and gave master classes in Germany and abroad. At the University of Music FRANZ LISZT, Weimar, he took over a professorship for classical guitar in 1994, and since 2007 also a visiting professorship at the University of the Arts, Berlin. Concert tours took him to North and South America, Japan, Cuba and North Africa. He also devotes himself intensively to chamber music. In recent years he has worked mainly in duo with flutist Wally Hase and violinist Friedemann Eichhorn. He was a member of the “World Guitar Ensemble” – since 2007 the “United Guitars” and since 2004 the “Quartetto MaGiCo”. In autumn 2006 he was awarded the German Record Critics’ Prize and in 2007 the Leopold. In collaboration with his colleagues Olaf Van Gonnissen and Johannes Monno, he has been in charge of the “New Karl Scheit Guitar Edition” at Universal Edition Vienna since 2008.